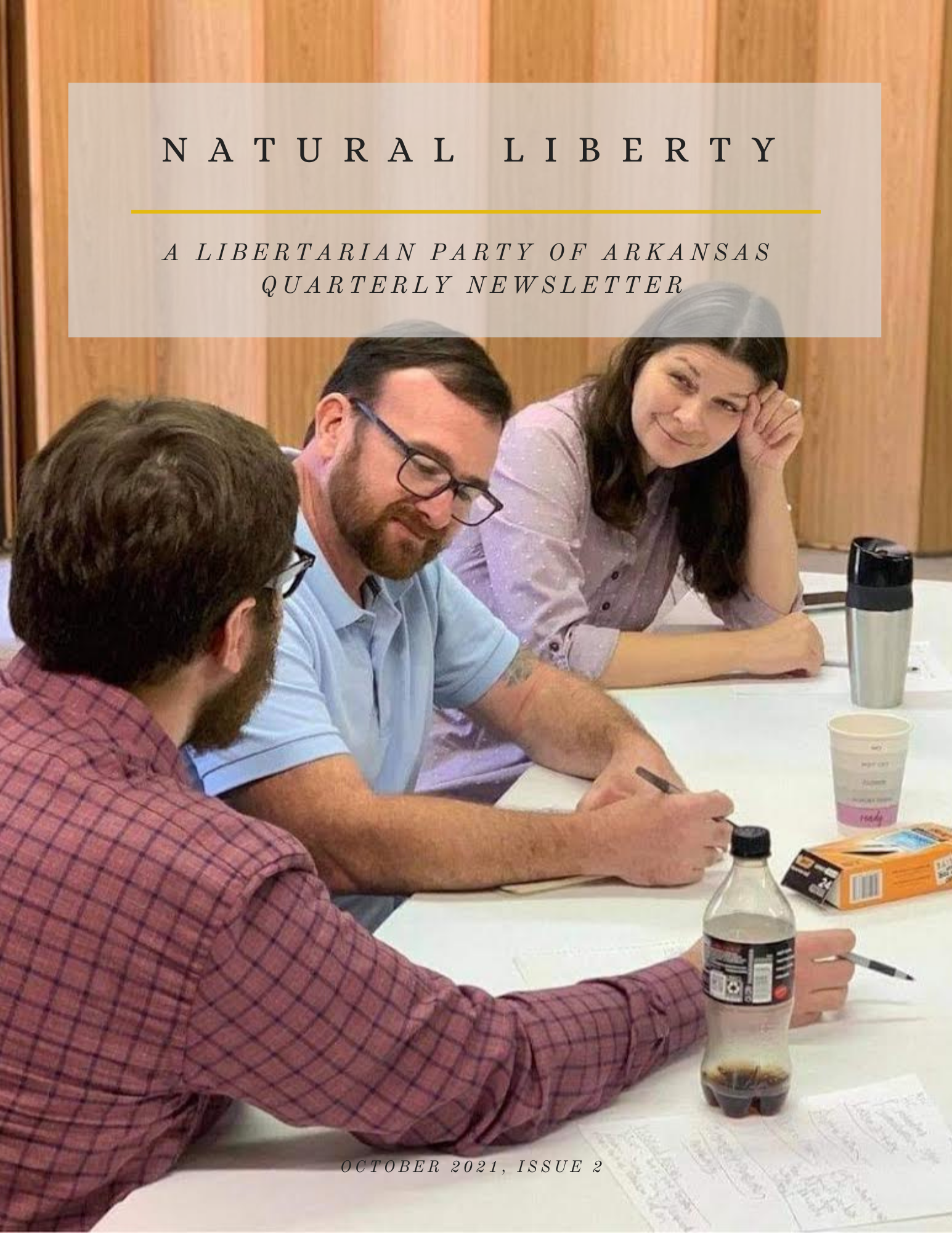 Since the last issue of Natural Liberty went to press, we received the good news:  Our petition to become a “new” political party (again) was “sufficient”—the Libertarian Party of Arkansas will be on the ballot in 2022! It’s time to embark on the next phase:  Recruiting candidates to run for office.

This election cycle presents a wide range of opportunities for candidates.  All statewide Constitutional Offices are on the ballot, along with every seat in the Arkansas General Assembly, every County office, Justice of the Peace and Township Constable.  Plus, of course, Arkansas’ four Congressional seats.

Over the past decade, the Libertarian Party has endeavored to build name-recognition and acceptance among the voters by fielding a wide range of candidates. Some offer voters a choice that they might not otherwise have; some run educational campaigns to introduce the principles of libertarianism; some run ambitious campaigns to challenge the status quo.  All types of candidates and campaigns have a role to play in our long-term electoral strategy.

So as we move into the candidate recruiting season, I hope that you will contemplate the possibility of running for office. It can be challenge, but taking on the role of Libertarian candidate can be both personal rewarding and of great service to our cause. Opportunities to sign up for nomination will be coming soon. Please consider it!

P.S.  For more information on running for office as a Libertarian, click on the banner below: 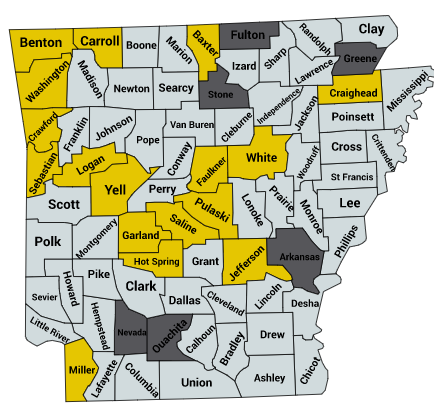 The committee will also be holding its next quarterly meeting with a date TBA at the end of October. During the first quarter of the committee elect an affiliate handbook was established, and four new county affiliates were approved. Goals for this second quarter include:

Our team is proud to continually provide resources to our affiliates, which we consider to be the most important outreach networks. If you have any questions, concerns, or would like to start an affiliate, please reach out to atlarge@lpar.org.

Thank you to those of you who contributed to the recent Constitution Day Moneybomb! We raised $800, a fantastic effort toward the rebuilding of funds spent during the battle for ballot access.

Please consider making a contribution of $10, $20, $30 or even a $100 gift to help the Libertarian Party of Arkansas with more successes this coming year!

Are you an LPAR member? If not, visit LPAR.org/join to become one.

Already a member? Consider upgrading to a Torch Club Monthly Pledge or a Lifetime Membership.

After COVID-related delays in receiving the 2020 Census data, the Arkansas General Assembly has re-convened and set new boundaries for the state’s U.S. Congressional Districts.  The Bylaws of the Libertarian Party of Arkansas designate congressional districts as representative districts on our Executive Committee, so the changes affect our organization as well.

The most controversial change made by the legislature was to split Pulaski County, the most populous county in the state.  Most of Pulaski County will remain in the 2nd District, but portions of the east and south of the county will be moved to the 1st district and the 4th district.

If your district has changed, you have a new representative on the LPAR Executive Committee. Whether or not you’re in a new district, drop your Rep a line and say “Hi!”

Our LPAR social media committee warmly welcomes Zach Lachowsky as its new chair! We look forward to growing strong messaging and even more organization as he settles in to serve our team.

We are also now calling for YouTube content. We have a functional YouTube channel and are looking for LPAR campaign material, activism, debates, seminars, etc. If you have any existing material or new projects you would like to submit, please send them to secretary@lpar.org.

If you’re not already keeping up with us on our social media platforms, you’re definitely missing out.

Have any graphics or photos from recent events you would like for us to post? Send them to secretary@lpar.org.

An amazing community volunteering effort was put forth this summer in Booneville, AR to clean up a longtime resident’s house that the city had decided to condemn.

Zach Mulson of Sebastian County, Nickolas Pettingill of White County, and the communities of Booneville and Greenwood sacrificed time and resources toward the project. Mulson spoke out against the city’s decision on the local news and organized a day of community work for the house. Pettingill bought and gathered materials and lent a hand working on the house.

The Libertarian Party of Arkansas could not be more proud and thankful to have both Mulson and Pettingill represent our principles and hopes for a unified community.

Leadership seminars hosted by Dr. Phillip Fletcher have been a great hit!  Leaders from each affiliate that have participated were able to learn about the important aspects of their influential positions and how they can utilize them for success.

Participants took a leadership quiz, had group discussions, and were challenged to utilize their skills in more effective ways. Dr. Fletcher shared a wealth of information we hope will be used to transform the LPAR into a more productive organization. We hope to host many more training sessions for our members to take part in by leaders from all areas of expertise.

Our next statewide event will be the 2022 Annual Convention, scheduled for the weekend of February 18-20. This will be a multi-day convention packed with breakout training sessions, candidate nominations, guest speakers, and more.  Mark your calendar!

Interested in working on the events committee to help organize the convention? Email us.

Want your event featured in the next quarter of the 2021 LPAR newsletter? Email it to us.

We know libertarians love to learn, and what better way to share our passion than reader recommendations?  Here is a recent recommendation:

Did you read, listen to, or watch anything you’d like to recommend? Email us with your pick!

Comments, questions, or suggestions for our newsletter? Let us know at atlarge@lpar.org.

The Libertarian Party of Arkansas

Linnea Gabbard is the current At-large Representative to the LPAR Executive Committee. She is also the Editor of the quarterly newsletter, Natural Liberty.
Scroll to Top